The History of National Adoption Month 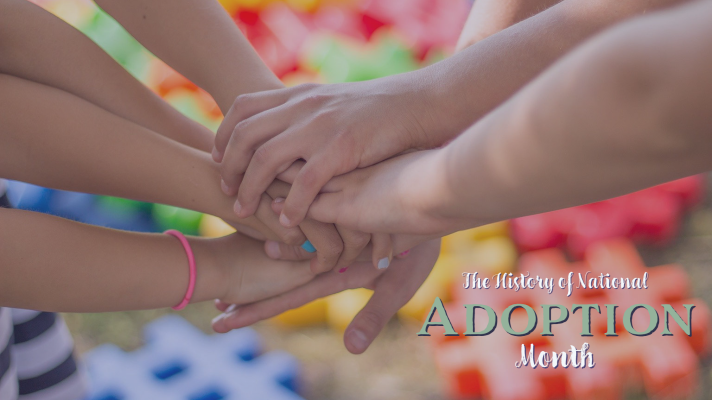 November is known as National Adoption Month! What started as an initiative to increase national awareness of the need for permanent families for children and youth in the U.S. foster care system has since branched out to include all forms of adoption, including embryo adoption!

The month’s events culminate with National Adoption Day when many families decide to finalize their adoptions at local courthouses. You can see the timeline below about how National Adoption Month started and grew to what it is today!

1976 – Massachusetts Governor Michael Dukakis announced an Adoption Week, through the Children’s Bureau of the U.S. Department of Health and Human Services (HSS), with the goal to promote awareness of the need for adoptive families for children in foster care.

1998 – Clinton directed the U.S. Dept. HHS to develop a plan to expand the use of the internet to find homes for children waiting in the foster system for an adoptive family.

2000 – National Adoption Day was founded by the Dave Thomas Foundation for Adoptions, Congressional Coalition on Adoption Institute, Alliance for Children’s Rights, and the Children’s Action Network. It was declared to take place on the third Saturday in the month of November.

Children come into families through all sorts of ways, including embryo adoption and donation. To learn more about your options, visit EmbryoAdoption.org.