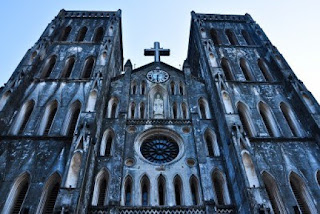 Roman Catholic scholars have written extensively about the bioethical dilemmas of Embryo Adoption. Much of the energy behind Embryo Adoption is driven by people who identify as pro-life, and a great number of this group are Roman Catholic. The debate arises because the Roman Catholic community is committed to saving the lives of unborn children and the frozen embryo is viewed as an unborn child. The official documents of the church argue against embryo adoption, as this unique form of conception occurs by other than natural means. According to one of the key Church documents, the Donum Vitae (1987), which was written prior to embryo adoption being pioneered, these embryos are “exposed to an absurd fate, with no possibility of their being offered safe means of survival which can be licitly pursued.”

After embryo adoption being established, the Church revisited the idea of frozen embryos in the Dignitas Personae (2008): “It has also been proposed, solely in order to allow human beings to be born who are otherwise condemned to destruction, that there could be a form of ‘prenatal adoption’. This proposal, praiseworthy with regard to the intention of respecting and defending human life, presents however various problems not dissimilar to those mentioned above. All things considered, it needs to be recognized that the thousands of abandoned embryos represent a situation of injustice which in fact cannot be resolved.”

Many Catholic families have come to terms with the ambiguity and have determined embryo adoption is the right thing for their family as it follows their commitment to the sanctity of life.

If you are interested in hearing more about the Catholic view on embryo adoption, you may wish to listen to our Webinar, Embryo Adoption: A Review of the Roman Catholic Conversation. You may also discover more about this family building option at EmbryoAdoption.org.