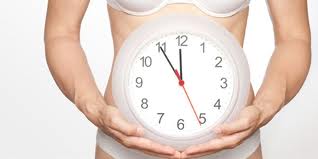 A 59-year-old British woman just became the oldest person ever to be offered fertility treatment in the United Kingdom, according to a recent story by the Daily Mail.

Susan Tollefsen, a retired teacher who already has one child, was approved for In Vitro Fertilization (IVF) treatments by a unanimous senior staff vote at London Women's Clinic in January.

Previously, government guidelines in the country have strongly recommended that clinics do not offer IVF to women over the age of 40.

But, due to the fact that Ms. Tollefsen is in good health, carried a pregnancy to term two years ago, and also considering the fact that her husband is 11 years younger than she is, the clinic has agreed to help her conceive.

The decision has sparked considerable ethics debate in the U.K. and begs an important question: how old is too old for fertility treatment?

In the United States, the general practice among clinicians is not to offer IVF to women above the age of 45, though no official government guidelines currently exist. Some clinics may say 40, others may extend the limit closer to 50.

According to the Centers for Disease Control, babies are almost never born from IVF in women age 44 and over (in cases where the woman's own eggs are used in the process).

Even more of an issue, some say, is the welfare of the children who are born to women of this age. If a parent is already in their fifties (or older) when the child is born, is it safe to expect the parent to remain healthy enough to raise that child?

But Ms. Tollefsen's doctor, Peter Bowen-Simpkins, argues that their clinic treats each case separately and, in this example, has done nothing controversial.

"We are not opening the floodgates to anyone wandering around the streets in their 50s who wants a child," he tells the Daily Mail. "We don't need legislation. We've got the HFEA, who are the Government body, and they regulate us. If they felt we were going beyond what was proper they would take away our license."

However, just seven months before, Dr. Bowen-Simpkins himself argued that there should be an age limit on IVF in a Times op-ed, saying that "a 45-year-old is very different from a 65-year-old."

This debate once again sheds light on how little there is in the way of guidlines or laws governing infertility practices -both in the U.S. and abroad.

What do you think? Should there be stricter limits in place on how old you can be to receive fertility treatment?