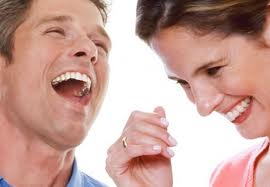 Infertility issues are not usually considered a laughing matter, but a new study out of Israel may change that.

According to researchers, women who laugh shortly after an embryo transfer show higher rates of successful implantation.  The study, appearing in the journal of Fertility and Sterility was comprised of 219 women undergoing In Vitro Fertilization (IVF).

Researchers concluded that women who were entertained by a professional “medical clown” shortly after having embryos implanted showed a nearly 16% higher rate of pregnancy than the comedy-free patients.

Dr. Shevach Friedler, from the Assaf Harofeh Medical Center in Zrifin, Israel, told Reuters.com that he got the idea for the study after reading about the natural benefits of laughing.

“Patients suffering from infertility and undergoing IVF are exceptionally stressed,” he said. “So I thought that this intervention could be beneficial for them at crucial moments after embryo transfer.”

The “medical clown”, dressed in a chef’s hat and a bow tie, visited patients shortly after an embryo transfer and entertained them for 15 minutes while performing a specially designed comedy routine consisting of jokes, tricks and even magic. His goal is to reduce the considerable stress patients are experiencing.

While unproven, it’s safe to assume the “medical clown technique” could have positive results for couples going through the process of Embryo Donation and Adoption, a new and exciting adoption option. Like IVF, embryo donation and adoption requires an embryo transfer. Adopted families transfer donated embryos, in the hopes of achieving pregnancy and giving birth to an adopted child.

To learn more about embryo donation and adoption visit www.EmbryoAdoption.org.