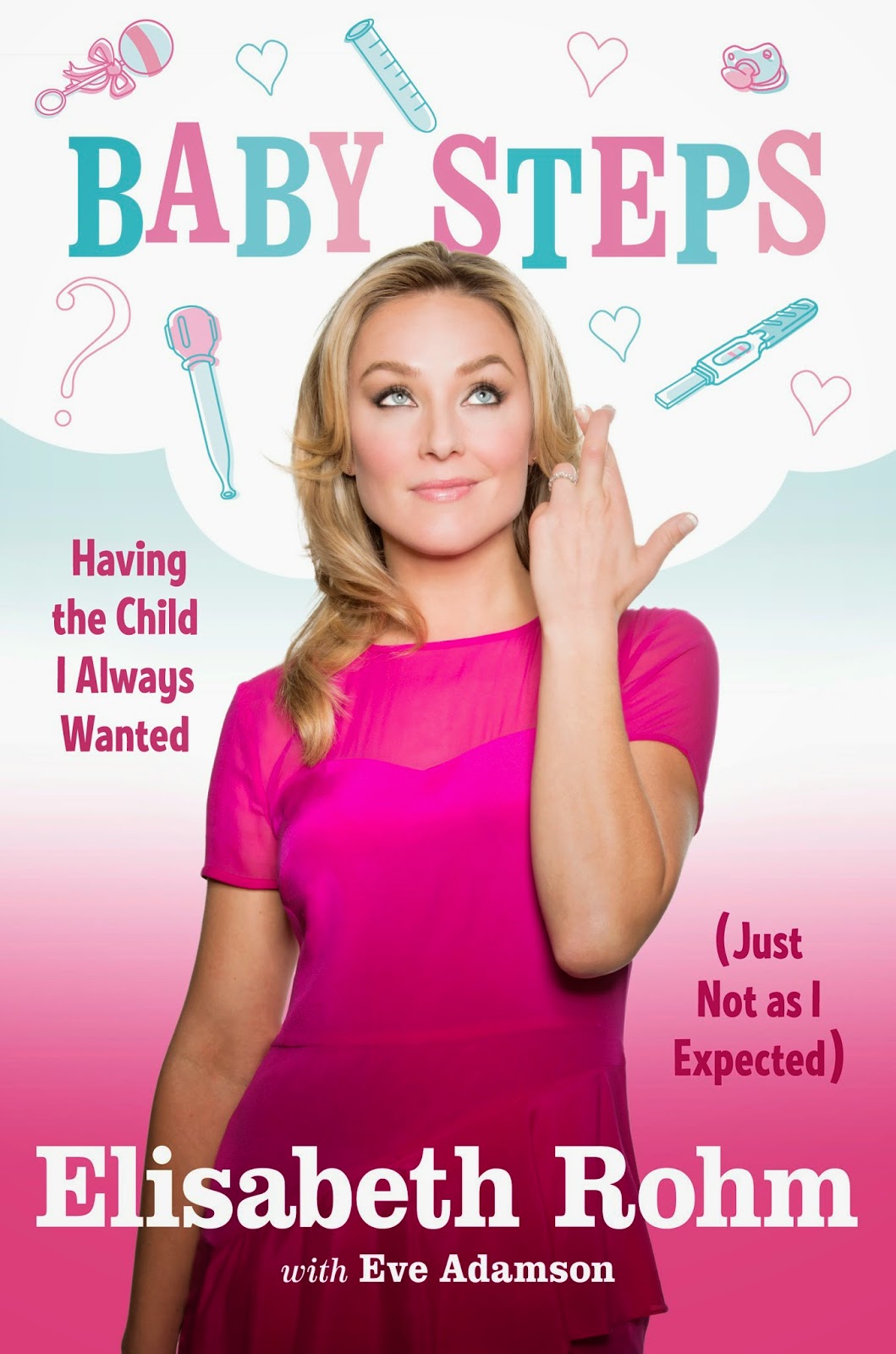 Actress Elizabeth Rohm, best known for her roles on Law & Order, Heroes and The Client List, has written a book called 'Baby Steps, Having the Child I Always Wanted (Just Not as I Expected)'. In her story she relates her discovery about the negative impact of keeping secrets – especially regarding her infertility. Secrets often have negative consequences. This is why we encourage families to think through the impacts to themselves and to their children when keeping secrets about how their children uniquely came to be a part of the family. The truth is the child has ushered in great joy! We believe openness and truthfulness are important aspects of all assisted reproductive technology conceptions.

“Every woman has her secrets, and every woman has her own fertility story, whether it’s the story of a pregnancy or of trying to achieve a pregnancy or of not realizing you wanted a baby, or of not being ready for a baby until it was too late. Sometimes, our fertility stories, our sexuality stories, and our self-worth stories get all tangled up together and feel wrong and bad and so we don’t tell them. It becomes easy to forget how much all women have in common.

One evening a few years ago, a bunch of us sat around a table eating and drinking when the woman sitting next to me congratulated me on my beautiful baby. Then her smile faded. “I’ve had so many miscarriages,” she said, her voice wavering. “Every time I get pregnant, I’m filled with so much hope, and then things start to go wrong. The last time…” Everyone at the table fell silent. I hadn’t visited in a while, so was hearing about her trouble for the first time. Eight miscarriages. I listened sympathetically, swallowing the urge to cry. Her eyes and her words were full of grief and longing and heartbreak, but I also remember feeling removed from what she was saying, in the way you might feel removed hearing someone talk about cancer or heart disease or losing someone in a car accident, if those things have never happened to you. I remember thinking, ‘I don’t know what that’s like’. I could sympathize with her. My heart ached for her and her husband, but because I couldn’t relate personally, I really didn’t know what to say.

As she talked, I sensed her hesitation. She was afraid of saying too much, or of not being able to continue. She was embarrassed. She was alone in front of us, even though the house was safe and she was in the heart of her family. The longer I listened, the more I wanted to rescue her. I felt uncomfortable sitting there listening with a blank expression on my face, as if I didn’t really understand. But I’d never had a miscarriage. What did I know about it? And then I began to feel a familiar inkling, a recognition. Maybe I did know. She and I had both endured a great struggle in our quest to be mothers. We both knew grief and longing. Both our bodies had failed us. Both of us had been disappointed and disillusioned. Our stories were more similar than they seemed, even if the detail differed. How dare I presume that I didn’t know something about her painI began to realize that I couldn’t sit there acting like I knew nothing about what she was saying. How could I listen to another word and not tell her that my miracle baby had come out of a test tube? Why was I keeping it a secret?

I knew why, Ron and I had decided not to tell anyone. We wanted to celebrate the fairy tale of the pregnancy and the birth with our loved ones, rather than making it all about a medical problem. We were keeping it a secret, telling ourselves it was nobody’s business, that it was a family matter, and that nobody had to know. I had felt the same discomfort, at the prospect of telling my own secret, that I read in her face as she told hers, but I couldn’t stand to see her standing in the middle of the classroom with her pants down. I wanted to stand up and say, “Okay, me too! Look, everyone! She’s not so different!” And yet, that discomfort, that embarrassment, held my tongue. Why? Tell, Lis, I urged myself. Tell her. Why not tell her? Was my privacy worth so much that I couldn’t throw her a lifeline? I couldn’t comfort her? I couldn’t tell her that I’d been frustrated and confused too? And then, in a moment of clarity, in a sudden impulse of camaraderie, I said it: “I completely understand.” As I said it, I realized it was true. “I don’t know what it’s like to be pregnant over and over and have it taken away, but over the last two years, I’ve been battling infertility and I had to do IVF. Otherwise I couldn’t have had a baby.

She stared at me. “You did IVF?” I nodded. “To have Easton?” “Yes.” I swallowed and looked around at everyone. She took my hand, and her sad face softened. “But you’re so young!” she exclaimed. And suddenly, we were on the exactly the same page. The most surprising thing about the whole experience was how relieved I felt. Like a huge weight had been lifted from my shoulders. I told my secret to do something for her, and without realizing it, speaking it out loud had done something important for me. I felt different. The things we keep secret, the things we don’t say out loud, are really the things that we feel at some level, are bad or wrong: what we do behind closed doors, or what has been done to us. The things we don’t think other people will approve of. The things we think made us freaks or inferior or undesirable. I didn’t consciously think about infertility as being ‘bad’ until I spoke it that night. That’s when I realized I had been ashamed of it all along. And, when I said it out loud, I realized I didn’t need to be ashamed of it anymore. It wasn’t something I’d done wrong. And the more I began to talk about it, the more I realized how much I had suffered from the secret. When it wasn’t a secret anymore, it was just something that was. It was just a truth."

Check out the Webinar Archive Page of Embryoadoption.org for webinars you can listen to on these important topics.