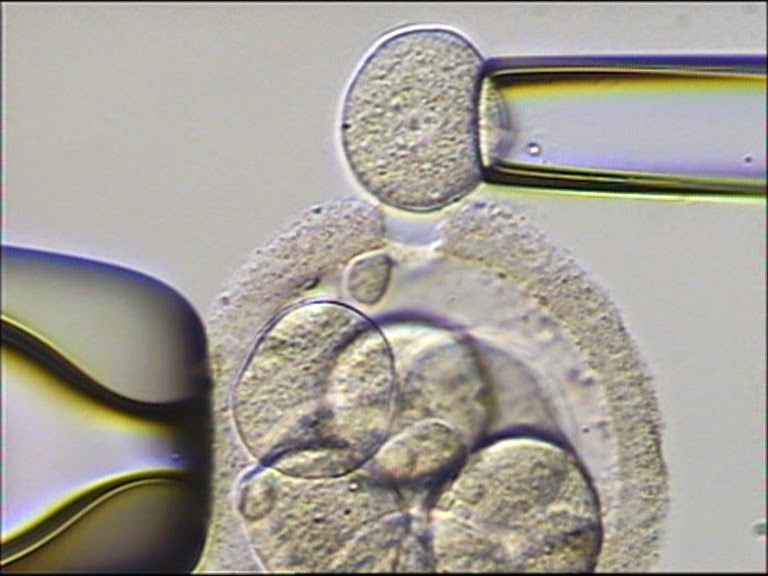 The following is written by a family who choose to donate their remaining embryos and is edited by the Awareness Center for the purpose of this blog.

I always have felt a calling to adopt. In fact, after my first in vitro success and subsequent miscarriage, we attended an adoption seminar. I just wanted to open all doors. I admired good friends of my husband's family who fostered and adopted three children after their three biological children were nearly grown. I admired good friends of mine who, after struggling with infertility, adopted a baby boy and later adopted two more babies. I admired other good friends of ours who also struggled with infertility. Rather than embark on the traditional adoption journey, they opted for embryo adoption. I'll never forget her calling me to share the news that not only were they pregnant, but pregnant with twins! I had never heard of snowflake adoption until our friends went through it.

The cycle that led to my children Clayton and Chloe's birth was my third attempt at in vitro. I knew prior to the egg retrieval that I'd have a lot of eggs...I produce like crazy. In fact that cycle was supposed to be artificial insemination, but I had too many eggs. It was too risky. We had hours (literally) to decide to cancel the cycle or transfer it to in vitro. We of course decided to go for it. I had 18 eggs, which were fertilized that day. The next day Dr. Kan called to tell us how many took--all 18!

He said that's pretty unheard of and that he'd call back on day 3 to tell us how many were still growing. I'll never forget that call. I was sitting in a back to school training. He said, "You'll never guess how many are still thriving. All 18!" He was truly in awe at the strength of our embryos. Dr. Kan said at this point he was not in control, but a higher power was. I couldn't have agreed more. On day 5, implantation day, all 18 were still going strong. Two were implanted and the rest is a very happy history. Clayton Joseph and Chloe Grace were born at 37 ½ weeks after I was induced. They were healthy and big and came home with us on Mother’s Day. No NICU required for our little angels. My 10 weeks of bed rest more than paid off!

Stay tuned for the completion of the Ryan and Kimberly's story including a life changing decision about what to do with their 16 remaining embryos.