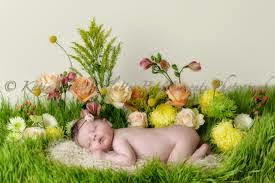 Spring has always been a season for new life, even for humans.

According to a Health 24 Magazine article, Brazilian researchers have announced the results of a study concluding that human fertilization rates are highest in the spring, nearly 5% higher than winter fertility rates and slightly above summer and fall rates.

“Epidemiologists have demonstrated a seasonal distribution in human natural conception and birth rates,” said study author Daniela Braga in the September 15 article. “We observed a 1.45-fold increase in the fertilization rate during the spring,”

While blood levels of estradiol (the predominant sex hormone found in females) stayed consistent throughout all four seasons, researchers found that the concentrated estradiol levels per number of eggs were much higher in the spring. This might possibly explain the higher spring fertility rate.

Even with study results on his side, Braga (the Brazilian Researcher) doesn’t suggest waiting for the perfect season to try for a pregnancy. “Despite the better results obtained in the spring, it is important to highlight that assisted reproduction techniques are effective regardless of the season in which the treatment is being preformed,” she said.

One relatively new option for couples struggling with infertility is embryo donation and adoption, which allows the couple to receive remaining embryos from another couples IVF treatment and use them in an attempt to achieve pregnancy.

Further information about Embryo Adoption is available at www.EmbryoAdoption.org.