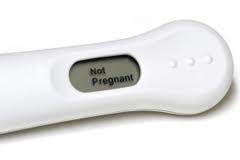 The following 3-part testimony was written by embryo adopters Doug and Valorie and edited by the EAAC for the purpose of this blog.

My wife and I were married at the relatively late age of 40. We immediately started trying to have a child but to no avail. We tried for two to three years without success. In retrospect, we were being prepared for another route. I was a person who really never would have considered adoption. I didn't want to raise someone else's child for many reasons. I didn't want to have to be responsible for any of the environmental effects from a year or two of influence that another set of parents would have had on my child, and I really had doubts as to whether I could love a child that was not biologically mine.

We also had a desire to have our own child and find out what our own unique creation would look like. Additionally, being a mixed race couple (Caucasian and Southeast Asian), if we were going to consider adoption we were torn over whether to adopt a Caucasian or Asian baby.

We sought the help of an infertility specialist in early 2005 and shortly after, at his recommendation Valarie was treated for Endometriosis. Our doctor told us that each unassisted attempt at pregnancy after that had a single digit chance of success at our age and suggested that we try inter uterine insemination (IUI) in which the wife is given hormones to stimulate her egg development and release, and then the husband's sperm is introduced into her uterus at the right time in a 24 hour window to try to increase the chances of fertilization. We made several unsuccessful attempts at getting pregnant through IUI all of which takes you on an emotional roller coaster ride of hope and disappointment.

Our next option was in vitro fertilization (IVF) which involves giving the wife drugs to increase egg development, harvesting the eggs, fertilizing them in a dish with the husband's sperm, grading the embryos after a day, implanting the ones that grade the best, and freezing the ones that don't grade as well (i.e. the  remaining embryos ).

We never got comfortable trying the traditional IVF approach because of the grading and the option of destroying (incinerating) or donating the remaining embryos to science (i.e. stem cell research). We decided that if we did try IVF that we would only fertilize as many eggs as we intended to transfer (i.e. not more than 3-4 eggs) as opposed to harvesting and fertilizing all the eggs that develop which most people do. However, we never had adequate egg production to try IVF so it turned out to be a moot point. Toward the end of these trials the doctor looked at Valarie and said,  "Everything looks good except egg quality, and we can't do anything about that. I wish you had come to see me before you were 383." That's when it really set in just how hopeless the situation was. We were incredibly sad. Our lack of success weighed heavy on both of us, but more so on Valarie.

Somewhere in the middle of this Valarie took a job at the preschool at our church. In her classroom she had children age 1-1 ½ years old. This only made her want children all that much more. I somehow felt that if I was supposed to be a father it would work out. However, I was somewhat resigned to the fact that it might not happen.