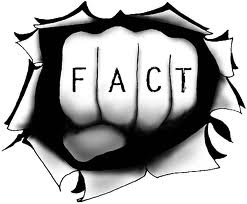 Embryo adoption services first began to be offered in 1997.  Since the mid-90s embryo donation and adoption has enabled over 3500 children escape frozen storage and be born into loving families. Embryo adoption is still, however, a fairly new choice in family building that many simply aren’t aware is available. Though I have only been at the Embryo Adoption Awareness Center for a year, if I had a dollar for each time someone told me, “Embryo Adoption? I’ve never heard of that!” I would be either much richer or have enjoyed a lot more Starbucks mochas this year.  Most of my friends and family didn’t realize that embryos can be frozen and then later thawed and transferred into the womb of a woman in hopes of fulfilling her dreams of pregnancy and giving birth to her adopted child. There are many interesting facts about embryo donation and adoption, but I have cherry-picked some of my personal favorites and am sharing them here with you.

Here, four little known facts about embryo donation and adoption:
• The number of embryos cryogenically frozen in storage has increased by 54% since 2002.
In 2011, there were over 600,000 frozen embryos stored in the United States. The number of embryos continues to increase as families undergo in vitro fertilization (IVF). Frequently there are more embryos created during an IVF treatment than are actually used, thus embryos remain.

• In 2011 over 100,000 couples attempted pregnancy using In Vitro Fertilization (IVF).
If that seems like a lot of people to you, it does to me too. However, not all couples pursue IVF, as there are many less invasive and less expensive procedures available. According to the Centers for Disease Control, “Today, over 1% of all infants born in the U.S. every year are conceived using ART” (CDC). Some of these babies were adopted as embryos by the parents who carried them to term. Between December 31, 2010 and December 31, 2011, there was a 25% increase in the number of babies born through embryo adoption.

• 7.3 million women and their partners struggle with fertility.
Infertility affects 12% of the U.S. population, or 7.3 million couples. While infertility is often thought of as a woman’s problem, a study from the Centers for Disease Control found that “7.5% of all sexually experienced men reported a visit for help with having a child at some time during their lifetime—this equates to 3.3–4.7 million men. Of men who sought help, 18.1% were diagnosed with a male-related infertility problem, including sperm or semen problems (13.7%) and varicocele (5.9%)” (CDC).

• Conservatively, Americans spend $72,000,000 per year to store their embryos.
Each family with remaining embryos pays on average $600 per year. Do the Math.  There are 600,000 embryos in frozen storage. Let’s say, say just to be safe, that each family has an average of 5 embryos. That means there are 120,000 families with remaining embryos.  At $600 per year, conservatively each year, costs for embryo storage in the United States equal $72,000,000.

Are you one of the families with embryos remaining in frozen storage? Have you been considering donating your embryos to another family to help them achieve their dream of family building? You may be able to benefit from a newly established partnership between the Snowflakes Embryo Adoption Program and Fairfax CryoBank who have joined together to offer a low-cost storage solution for embryo donors.

In the next Awareness Center Blog, discover 3 more little known facts about embryo donation and adoption.