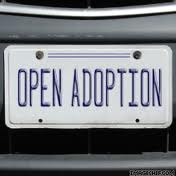 It’s not a monster or an eight-story-tall rollercoaster. In fact, it’s only two words, but it’s two words that often strikes fear into the heart of adopting families around the country. Open Adoption.

Decades ago the adoption world often discouraged contact between adopting and birth parents, but that began changing in the 1960’s. The Evan B. Donaldson Adoption Institute has conducted research [Openness in Adoption: From Secrecy and Stigma to Knowledge and Connections] which indicates openness is a better solution for the child and families involved.

According to Kathleen Silber MSW, ACSW, the Executive Director of the Independent Adoption Center, there are many reasons why open adoption is beneficial to all parties. At the top of the list, the long-term mental well-being of the adopted child.

“Ongoing contact helps the child feel confident that they are loved by all of their parents, instead of feeling rejected or abandoned by his biological parents,” said Silber.

According to the National Council for Adoption open adoption is increasingly encouraged.

The Awareness Center has several resources focusing on open adoption in an embryo adoption scenario available to potential or already existing adopting families.

Earlier this year, the Awareness Center hosted an online webinar “How Open is Open Adoption”, addressing the preconceptions and misconceptions associated with Open Adoption. A recording is available on EmbryoAdoption.org.

You can also view a video chronicling the story of Jason and Jennifer, a family who donated their remaining embryos to an adoptive family. Jason, Jennifer, and the adoptive family chose an open adoption and explain they are glad they did.