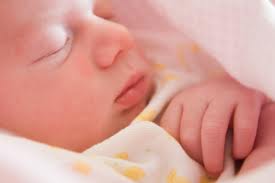 If a child had to choose, would they choose being “planned” and “wanted” or being in a home with a traditional family structure? Which is more fundamental to a child’s well-being?

These are just two of the questions raised in a report about children of donor conception and children in “diverse” families during the Commission on Parenthood’s Future at the Institute of American Values (IAV) (The Washington Times).

Leaders in family law and diversity already refer to donor conception or “intentional parenthood” as a positive as the children born are planned for and desired, according to Elizabeth Marquardt researcher and author of “One Parent or Five: A Global Look at Today’s New Intentional Families” (The Washington Times).

Little research has been done on how children think about being created to live in a single parent home. However, many young adults born with the help of anonymous sperm donors feel “it is wrong that they were intentionally denied knowledge of their father’s identity,” said Marquardt (The Washington Times).

“If we are concerned about child outcomes, I would suggest that it’s not just being wanted - which I think is important - but it’s also the family structure in which the child is born or raised that matters as well,” explained Marquardt (The Washington Times).

In the case of sperm, egg, or embryo donation and adoption, many people are setting out to “deny a child one or both of their parents, before they are even conceived,” Marquardt continued, “And that is painful for some of these children” (The Washington Times).

The IAV report is seeking to start a conversation about families where children intentionally have anywhere between one and five parents, but excludes families which became single parent households through events such as the death of a parent, divorce, remarriage, adoption or unplanned pregnancy. The report does include polyamorous and polygamous families; women and men who plan to be single parents; gay couples; and individuals – regardless of sexual orientation - who “create a child to raise together but without a relationship with each other” (The Washington Times).

Marquardt stated that this last situation where a child is compelled to live a “split life” with two unconnected parents is likely “handing a lot of head games to the child” (The Washington Times).

While “every child should be a wanted child,” she believes that “wantedness” shouldn’t be presumed as the most vital factor for a child’s mental and emotional health and happiness. Further study and deliberation is required in order to determine the true impact of “’intentional parenthood,’ family structure and other factors” (The Washington Times).

To learn more about the Institute of American Values’ report, visit The Washington Times. For more information on embryo donation and adoption, visit the Embryo Adoption Awareness Center.