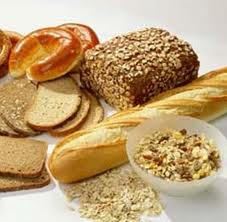 Women struggling with unexplained infertility may be at a higher risk of undiagnosed celiac disease, according to a new study published in the May-June issue of the Journal of Reproductive Medicine.

The preliminary study led by Janet Choi, MD, a reproductive endocrinologist at the Center for Women’s Reproductive Care at Columbia University, looked at 191 female patients struggling with infertility who were also tested for celiac disease. Four patients of the 188 (2.1%) tested for the disease, tested positive and were referred to a gastroenterologist for further testing. After being confirmed to have the disease, all four women registered for nutritional counseling and began a gluten-free diet. In the general population, celiac disease has a prevalence rate of 1.3%, so the 2.1% in this test group is not pointedly higher. However, of the 51 women with unexplained infertility, three, or 5.9%, were also diagnosed with celiac disease (JRM).

All four women found to have celiac disease became pregnant within a year of beginning treatments.

While the connection between celiac disease and infertility is still undetermined, Choi’s preliminary research indicates that, “Women with unexplained infertility are at increased risk of having undiagnosed celiac disease, which may be a potentially modifiable (and treatable) risk factor” (JRM).

As such, modifying one’s diet to eliminate gluten may provide renewed hope and health in the midst of a fertility struggle.  It may also help those attempting to achieve a pregnancy through embryo donation or adoption be more successful.

To learn more about Choi’s findings, visit the Journal of Reproductive Medicine. To learn about embryo donation and adoption, visit the Embryo Adoption Awareness Center.