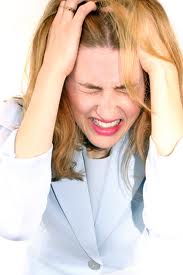 A recent British-based study, however, suggests that patients undergoing assisted reproductive technologies can do one more thing to reduce their anxiety: stop stressing about stress.

The study by Cardiff University’s Jacky Boivin suggests that anxiety does not reduce a woman’s chances of achieving a successful pregnancy.

Boivin said that women often worry that their worry is negatively impacting their chances of pregnancy, “But our findings show that there is no reason for them to fret even more that any difficulties they are facing may prevent them from becoming pregnant. They can at least relax about that” (See Stress ‘does not stop IVF working’).

These findings were based off a careful analysis of 14 studies in which 3,583 infertile women had their stress levels assessed using recognized psychological techniques and assessing markers such as anxiety, tension, and depression. Following the assessments, the women underwent one IVF cycle.  Boivin found that women who were markedly under more stress were just as likely to achieve a pregnancy as their more at ease peers.

Dr. Zev Rosenwaks, director of the Cohen/Perelman Center for Reproductive Medicine at New York Presbyterian/Weill Cornell Medical Center, was not surprised to hear of these findings. Rosenwaks remarks, “We know from other exceedingly stressful situations — wars and famines — that women were still able to reproduce. So it’s not a surprising finding” (See Stress Doesn’t Hurt Chances of Success with IVF).

This new study adds weight to a 2010 study conducted at Staten Island University Hospital, New York which found that women with the highest levels of stress had up to double the chance of a positive pregnancy test compared with those who were the most stress-free.

Boivin, however, emphasized that women should address the stress they were facing while going through their infertility treatments. Stress is the primary determining factor for one third of couples who end assisted reproductive treatments early. By addressing stress, couples may be better prepared to endure the rigors of assisted reproductive technologies and thereby have greater success at building a family.