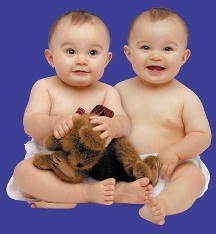 Many women seeking to become pregnant through In Vitro Fertilization (IVF) or embryo donation and adoption will chose a double embryo transfer. Transferring more than one embryo at a time often results in the births of multiples, but for some, it’s a risk they are willing to take to achieve a successful pregnancy. A recent discovery in the fertility world, however, may diminish this risk.

Tall women are more likely to give birth to twins when undergoing a double embryo transfer, according to the findings of a recent study out of the Netherlands. Dr. Marieke Lambers, of VUMC, Gynaecology Obstetrics and Reproductive Medicine, Amsterdam, believes that the findings of this new study will aid doctors in deciding how many embryos to transfer during In Vitro Fertilization (IVF) or embryo donation and adoption. (European Society of Human Reproduction and Embryology)

The preliminary finding is based off of a study of the 2,357 Dutch women who had a double embryo transfer between 1983 and 1995, which resulted in 496 pregnancies, with 125 of those being twin pregnancies. Upon assessing the pregnancies of twins, Dr. Lambers found a maternal height of over 5 feet 7 inches. (ESHRE)

Dr. Lambers found the connection between height and the number of children conceived per pregnancy difficult to explain.

“Previous studies have shown that women who are prone to conceive twins after IVF have a higher level of vascular endothelial growth factor-A (VEGF-A), which promotes the growth of blood vessels at the site of implantation. Perhaps there is also an association between tall stature and increased VEGF-A levels,” she said. (ESHRE)

“Doctors working in IVF are faced with a constant balancing act between giving the best chance of achieving a pregnancy without incurring all the problems associated with multiple births,” Dr. Lambers explains. (ESHRE)

Dr. Lamber’s hope is that this study, which is the first evidence that the mother’s height may impact the ability of multiple embryos to implant in her womb, may help doctors in personalizing embryo transfers.

“This is an important topic,” she continued, “since multiple pregnancies involve a higher risk of problems for the mother, such as pre-eclampsia, and also for the baby due to pre-term or immature delivery.” (ESHRE)

To read more about Dr Lamber’s study, visit the press site for the ESHRE.