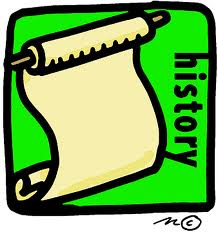 The aching desire for a child among those who find they are not able to conceive is one recorded for us throughout the pages of history. From the Aztecs and Egyptians to the beginnings of western civilization in Greece and Rome we have examples of the prayers and sacrifices to fertility gods and other rituals that they used in their attempt to conceive a child. Their stories are not dissimilar from the plight of people today who desire to share their love and home with a child, but are unable to conceive naturally. Today those who find that they are infertile most often walk a path which takes them through the medical community and modern technology. Adoption has been a logical solution to the issue of infertility throughout recorded history and embryo adoption is the natural outcome of the advances in medical technology. We will find that the history of adoption and Assisted Reproductive Technology (ART) many times cross paths and often intertwine.

There are stories recorded in the Bible and other ancient writings about men who would naturally impregnate house maids or servants so the resulting child could provide a descendant for a family, and carry on the family name and lineage. Most often orphaned children were cared for by the extended family which often was made up of more than one wife. These situations, while solving the problem of care for orphans and family legacy, most often did not directly address the issue of infertility. By the beginning of Western civilization however, we see examples in ancient Greece and Rome where families would adopt a child to address their infertility. The birth mother would move in with the family during her pregnancy to be cared for, and continue to live with them following the birth to nurse the child.

Next week, we take a look at the beginnings of Assisted Reproductive Technology.